Getting gross to celebrate 30 years of debauchery 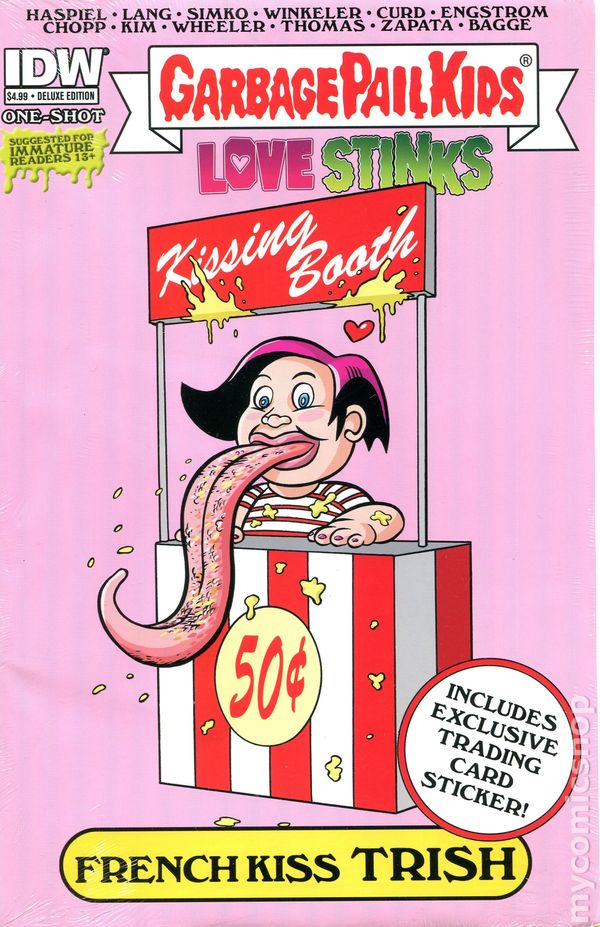 Bagge, Haspiel and editor Denton Tipton — AKA Beautifully Ugly, Sex Machine Dean and Denny Saur — explained what they have in store for the occasionally offensive title when speaking recently with CBR News. They also shared their thoughts on “Garbage Pail Kids” and “Maus” creator Art Spiegelman — and why it’s not so surprising the two ostensibly opposite creations came from the same man.

CBR News: Obviously, a lot of people are pretty excited about the return of “Garbage Pail Kids” in comic book form. Where did each of you first encounter the classic gross-out gang?

Dean Haspiel: “Garbage Pail Kids” debuted the same time I was trying to lose my virginity while assisting Bill Sienkiewicz, Howard Chaykin and Walter Simonson on their respective comic books my senior year of high school in 1985. I believe the last time I picked up a trading card from Topps it was either Bucky Dent from the New York Yankees or something perverse from a “Wacky Pack.” Alas, “Garbage Pail Kids” never made it into my back pocket.

Peter Bagge: I was an adult when they came out, but I was a fan of “Wacky Packages” as a kid, as well as the monster stickers with kids’ names on them. “GPK” are clearly an extension of both of those, so I have no doubt I would have gone nuts over them if I was born 20 years later!

The Garbage Pail Kids were dragged kicking and screaming into the world of comic books. Now, those miscreants are right where you’d expect to find them… in love?