Film Based On Comic In The Works 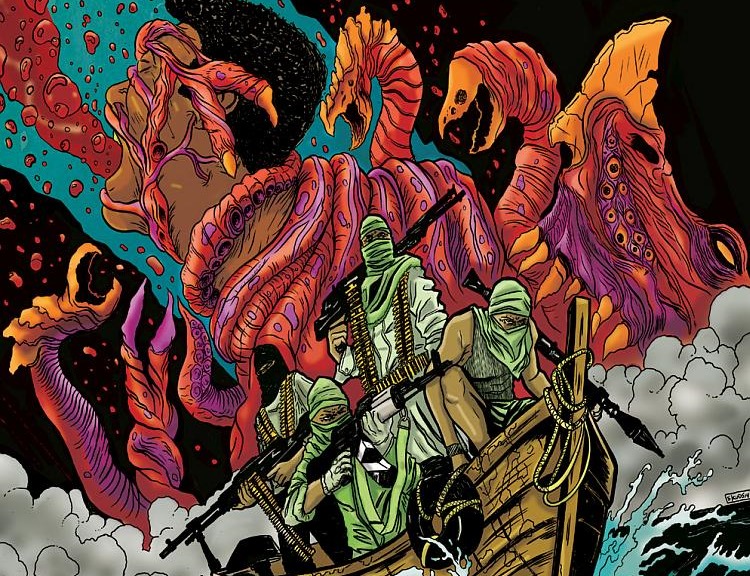 Plunder is a horror story that picks up with a gang of Somali pirates after they face off with an illegal Chinese vessel. They then try to board what they think is a research ship, only to find themselves in the midst of a massacre, with their worst nightmares becoming reality around them. The 14-year-old boy who went from translator to reluctant pirate becomes their key to survival, but he must decide how far he’s willing to go in the name of self-preservation.

The page you requested could not be found. Try refining your search, or use the navigation above to locate the post.