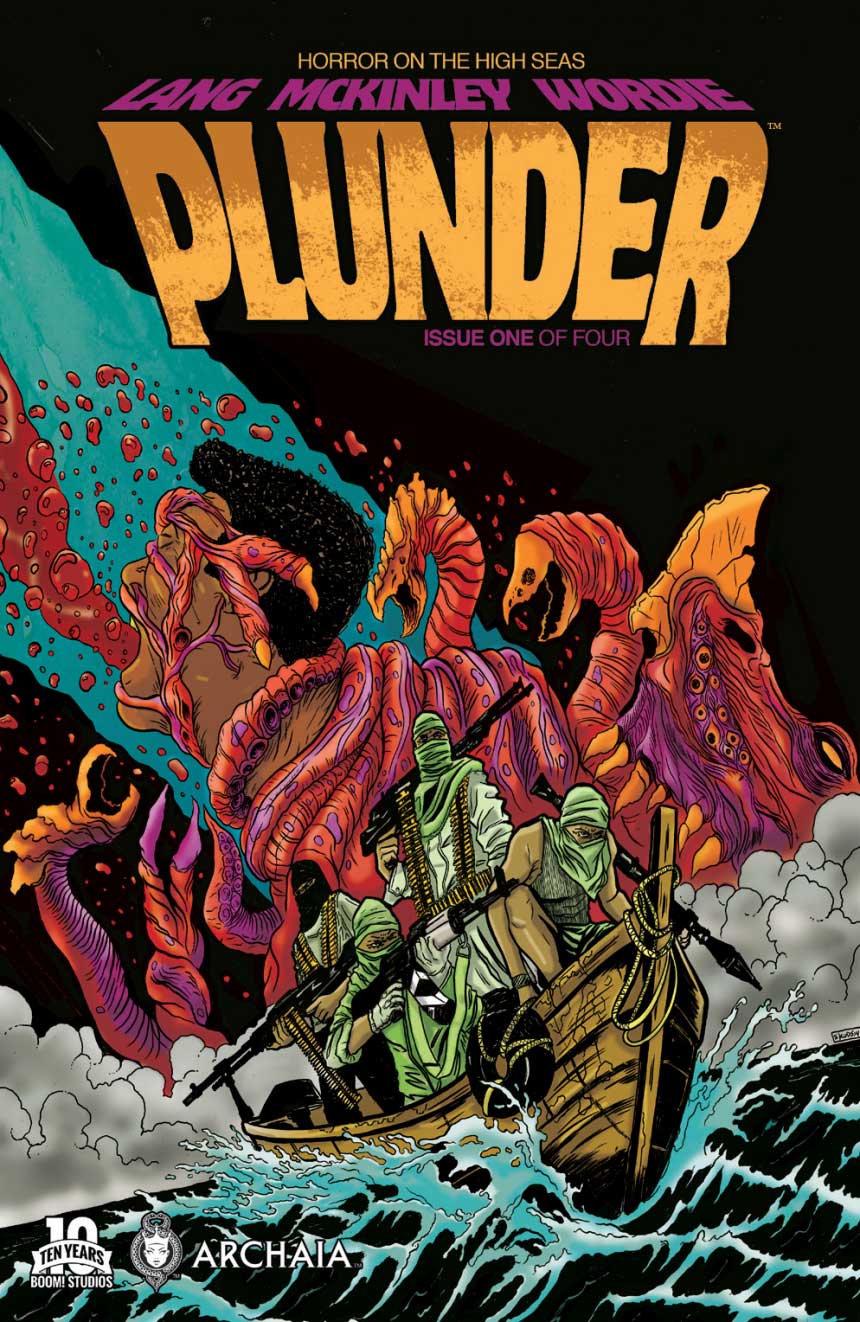 Plunder #1 is a grindhouse comic on the high seas. It follows a band of modern-day pirates stumbling on a seemingly abandoned tanker in the middle of the ocean and discovering what is currently inhabiting it. It’s bloody and mean, a hard world full of hard people trying to survive. The narrator of the book, a dropout seeking adventure and danger, has the origins of a Disney hero but this is not that world. Instead, Translator is in far over his head, a theme that expands to the entire group as the story kicks into gear.

Swifty Lang starts the story with an action bender that quickly turns on itself when the pirates are forced into a defensive position as they slowly piece together what went on prior to their arrival. It’s a slow turn that works as the downtime is used to develop the characters on the boat. The dialogue balances well between everyone on board and they all have distinct personalities. There is still a lot to learn about the setting for the story, and the threat is a little vague, though that feels like a choice and not an accident.

Plunder #1 makes for a good read, doing terrifying things in a manner that isn’t overly familiar

END_OF_DOCUMENT_TOKEN_TO_BE_REPLACED

Seriously this isn’t the swashbuckling Pirates from the Caribbean, these are the pirates of Captain Phillips.