Veteran U.S. producer Edward Pressman is on a roll. 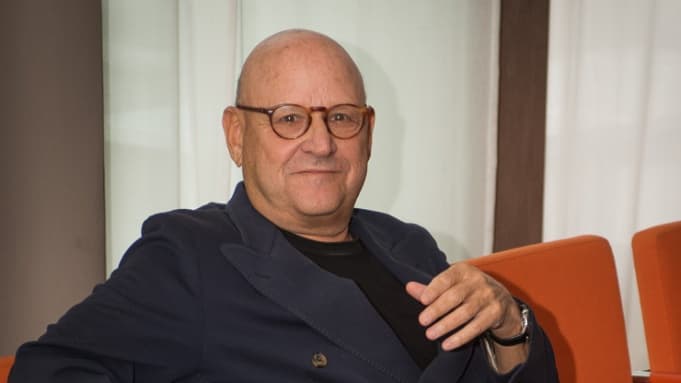 Veteran U.S. producer Edward Pressman is on a roll. After successful festival runs in Toronto, Zurich and Goa, his latest production “The Man Who Knew Infinity,” directed by Matt Brown and starring Jeremy Irons and Dev Patel, was a special presentation at the Singapore International Film Festivthis week (Dec. 4.)

It wasn’t a quick ride for “Infinity,” with the project taking nearly nine years to get made. “Matt Brown and I believed that it was an effective film about the relationship between Indian mathematician Srinivasa Ramanujan and his British professor G.H. Hardy,” says Pressman. He went to India and did the round of the studios there, given that Ramanujan is an important figure in Indian history. “We thought that would be the logical place to get the financing,” says Pressman. However, the Indian studios were just not interested.

That is when Pressman met financier and banker Joseph Cohen, who coincidentally had studied mathematics history at Harvard and is a Ramanujan scholar. Cohen’s American Entertainment Investors came in with the first chunk of financing and the other investors gradually fell in place, including Singapore’s Xeitgeist Entertainment Group.

Pressman has several other projects percolating. Despite the financial troubles of Ryan Kavanaugh’s Relativity Studios, “The Crow” is going ahead with a 2016 shoot, with Relativity putting up significant capital to make it happen. Pressman is reuniting with his partner on “Thank You For Smoking”, David Sacks’ Room 9 Entertainment and with his “American Psycho” director Mary Harron on Salvador Dali biopic “Dali and I.” Pressman is excited about the script, adapted by Harron from Stan Lauryssens’ book, and the project will cast shortly.

The producer is also working on another adaptation, Archaia Entertainment’s critically acclaimed horror graphic novel “Feeding Ground”, created by Swifty Lang, Michael Lapinski and Chris Mangun in English and Spanish. Alfonso Gomez-Rejon (“Me and Earl and the Dying Girl”) was initially announced as the director, but Pressman is now in discussions with Juan Carlos Fresnadillo (“28 Weeks Later”) to direct. If Fresnadillo comes on board, the project will shoot in the Canary Islands, Spain, otherwise the plan is to shoot in Mexico. “We are committed to the property and we are confident that it will be another franchise kind of movie,” says Pressman.

Wolfing Out: FEEDING GROUND Transforms into a Film

When I was seven years old, I vividly remember thumbing through J.M. Barrie’s Peter Pan in my wood-paneled bedroom in Miami.

END_OF_DOCUMENT_TOKEN_TO_BE_REPLACED

At the time Feeding Ground was conceived, I was teaching ESL to students in Coney Island. While their stories varied greatly, the sense of alienation and sacrifice was universal.

END_OF_DOCUMENT_TOKEN_TO_BE_REPLACED

Often gory and eschewing an easy happy ending, Lang and Lapinski have created an allegory for the sometimes predatory relationship American companies have with Mexico.

END_OF_DOCUMENT_TOKEN_TO_BE_REPLACED

Debuting in both English and Spanish, FEEDING GROUND deals head on with the debate surrounding illegal immigration.

END_OF_DOCUMENT_TOKEN_TO_BE_REPLACED

The concept was also born, obviously enough, from conversations about werewolves.